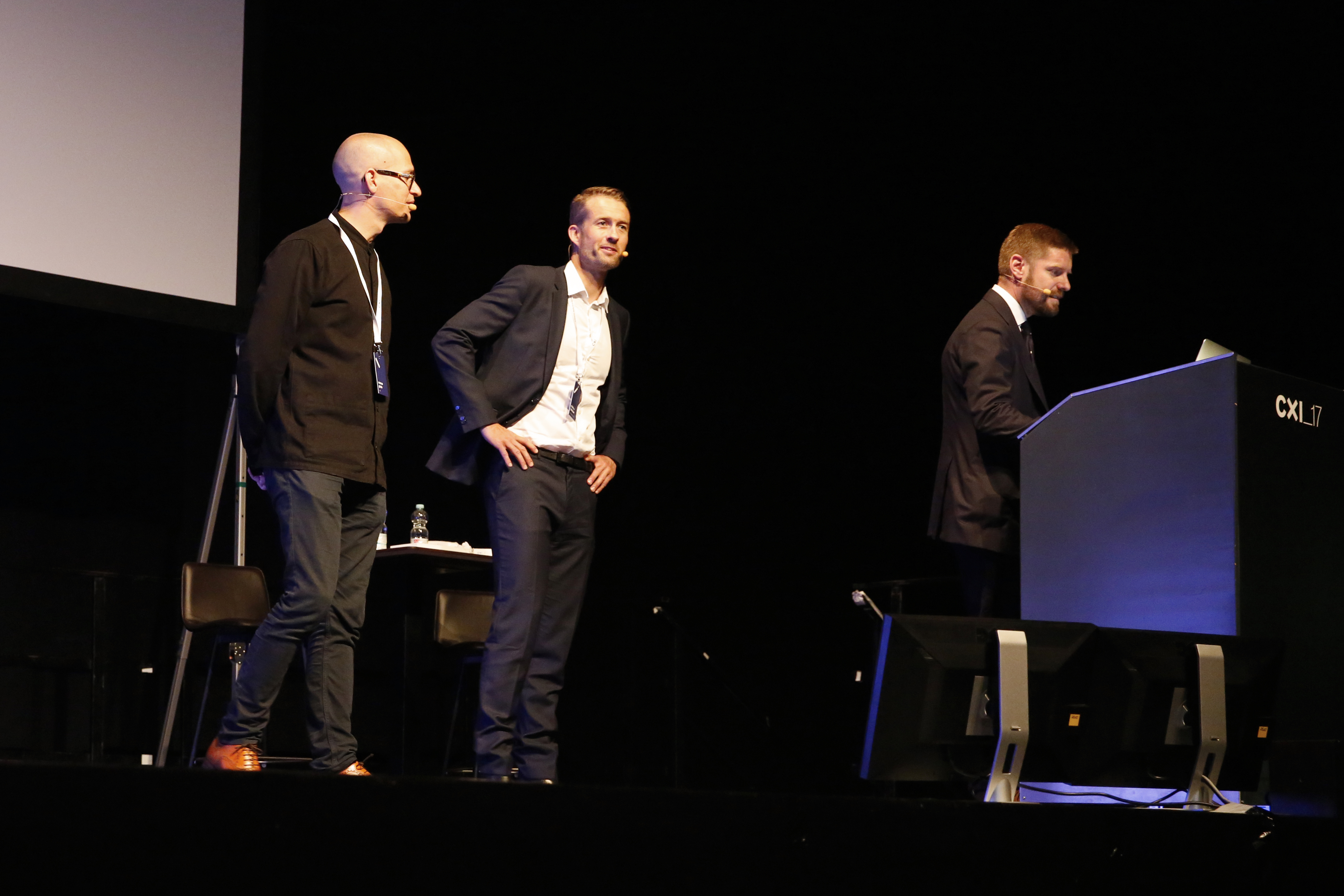 The event started with a real take-off, straight into the world of strategic brand positioning with Bold and SAS Airlines. Adrian Nilsson took us on the same customer journey SAS passengers go on when they enter the online search portal and look for suitable flights and providers.

Filtered by price, users used to only find SAS several pages behind their competitors. The troubled airline was in crisis. Fundamental company restructuring, repositioning, and a new strategy were needed. Visually, there was no real difference in appearance between SAS and low-cost providers.

“We don’t want the ‘lower the price and sell more tickets’ kind of thing.” – Didrik A. Fjeldstad.

The core question was, How do you get people to pay more for the same service? A survey on customers only delivered rational answers: reliability, security, service. But the real factors lie much deeper in the subconscious. According to Adrian Nilsson, 95% of decision-making is based on gut feeling. Bold took the cue on board. They started out by defining the target group “Future Travelers”. People who fly more than five times a year are over 35 years of age, have higher incomes and live in the larger Scandinavian cities. The group only comprises 2.3 million people, but 70 percent of all flights are booked by them. Two particular types were identified that fit this description, and this overall group of consumers cultivates a special lifestyle, they surround themselves with high-quality products and post their experiences in the social networks. They like objects and media of the highest quality and are willing to spend more for status benefits – something like the presumed profile of Apple customers. The company decided to concentrate its efforts on this group. Bold set out the communication goal: create a sense of belonging to SAS in the community of travelers.

“We travel a lot in Scandinavia, probably because it’s cold.” – Marcus Gärde.

The SAS image was given a complete overhaul: the logo was freed from its box, the large color palette was replaced by a strong, bright blue and other shades of blue, the corporate typeface “Scandinavian” was reworked and is now fully compatible for the digital media. The imagery focuses on atmospheric city and landscape photographs – destinations around which the logo appears to be flying along with the travelers themselves. Photographs of passengers, pilots and flight crew as well as group pictures standing in front of aircraft underline the new slogan: “We are Travelers”.

True to the motto proud and bold, the logo is centered in the picture, which is set in an inverted passe partout in blue. The new image campaign is a tour de force, definitely on par with the premium fashion ads placed in the airline’s on-board magazine.

“A Brand needs to be distinct.” – says Adrian Nilsson.

Every single touchpoint where SAS’s customers come into contact with the company has been completely reworked. The results are impressive: From nearly every item of operational equipment, through the UX and the website interface, the interfaces in the entertainment program on the seat monitors, flight crew clothing right through to the cubic lunchbox and the design of the aircraft branding itself, SAS has been seriously upgraded, making everyone involved – including even former pilots – proud to be part of SAS Airlines.

Restructuring the company and its new image delivered additional profits of 140 million euro in the very first year, and the success story continues. Bold is working on new projects that will lead SAS into the future. They have hinted at some of the content such as personalized communication, additional offers for more travel convenience at airports and passengers’ final points of destination. Services that make life better – not just the flight. 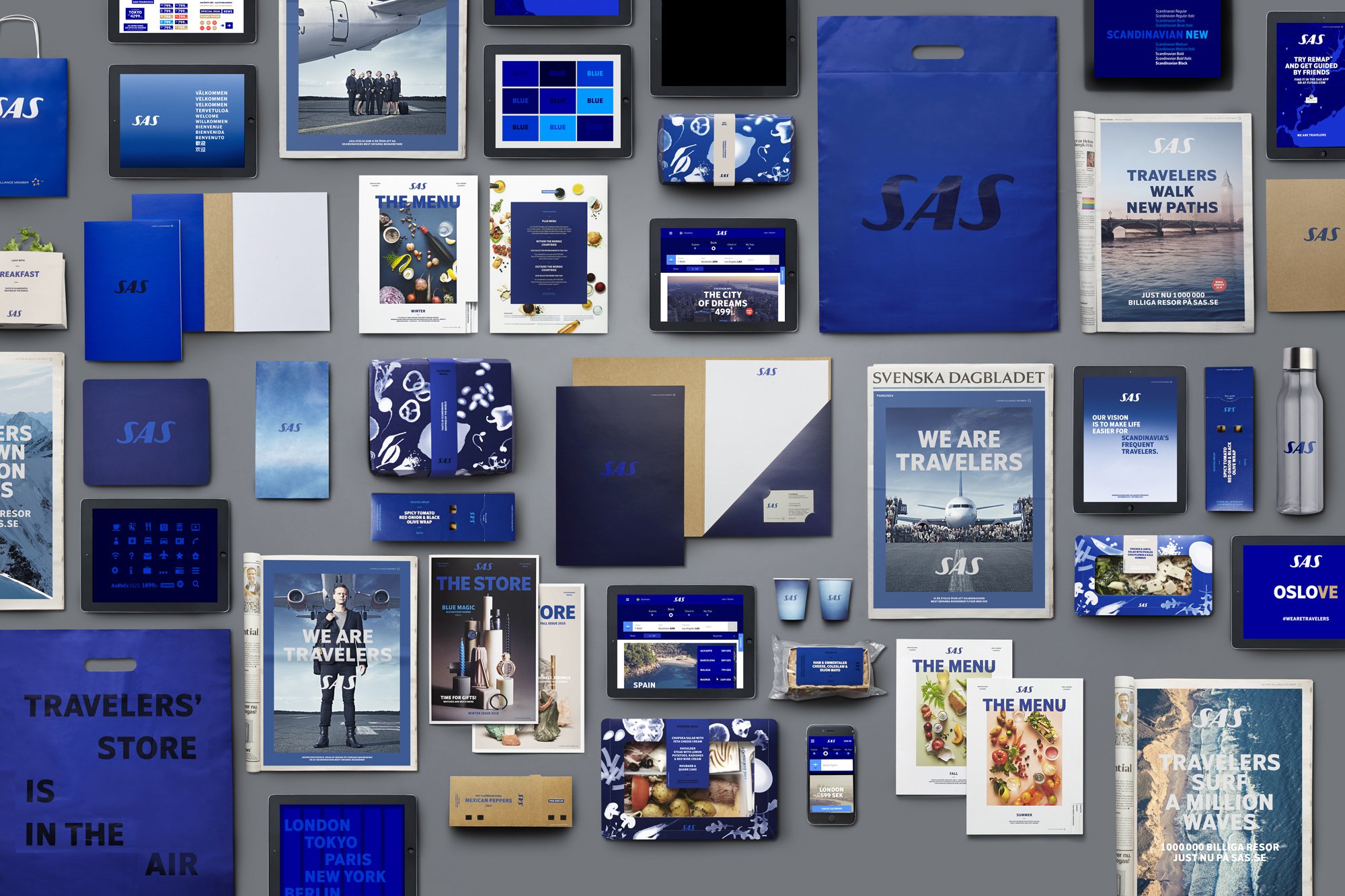 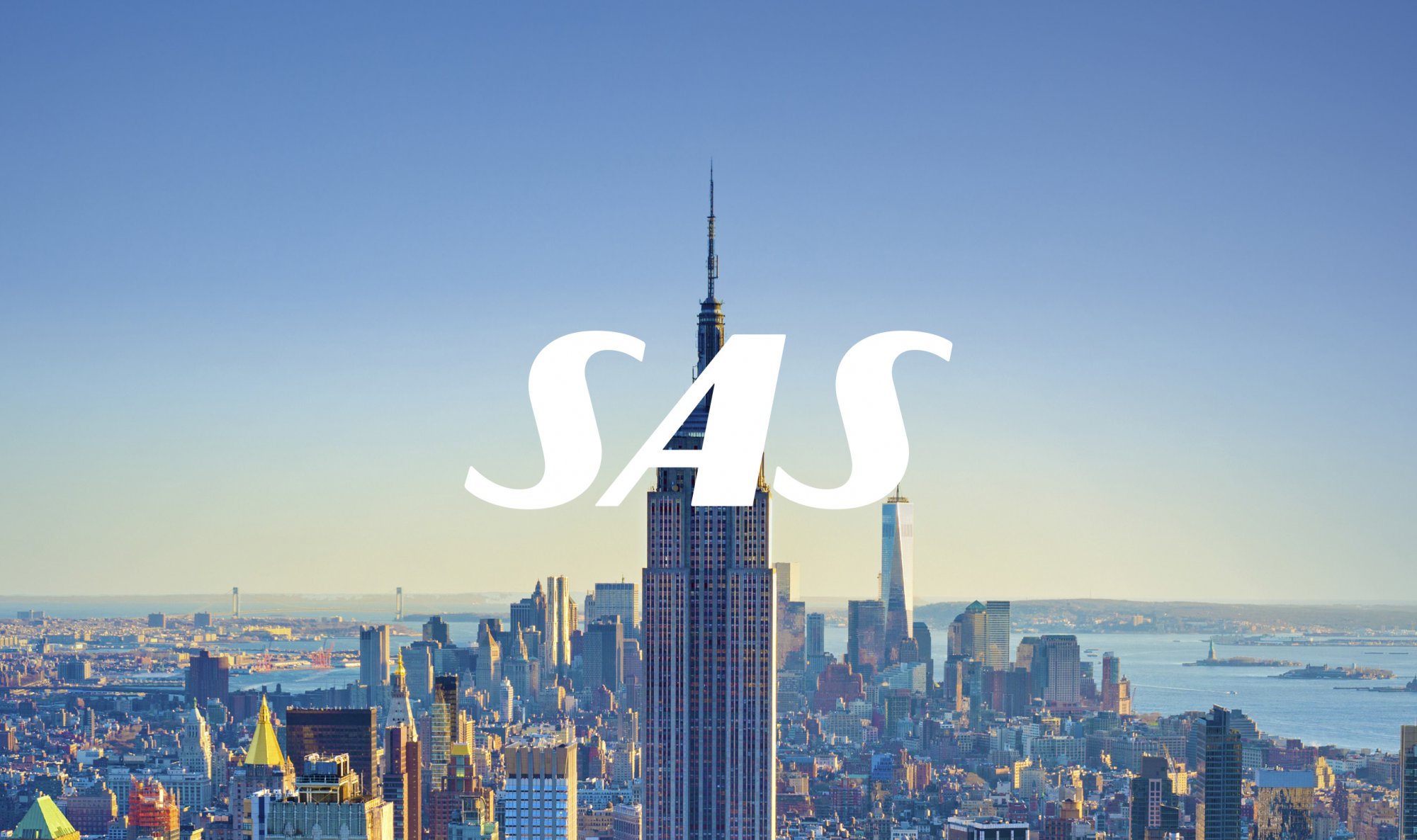 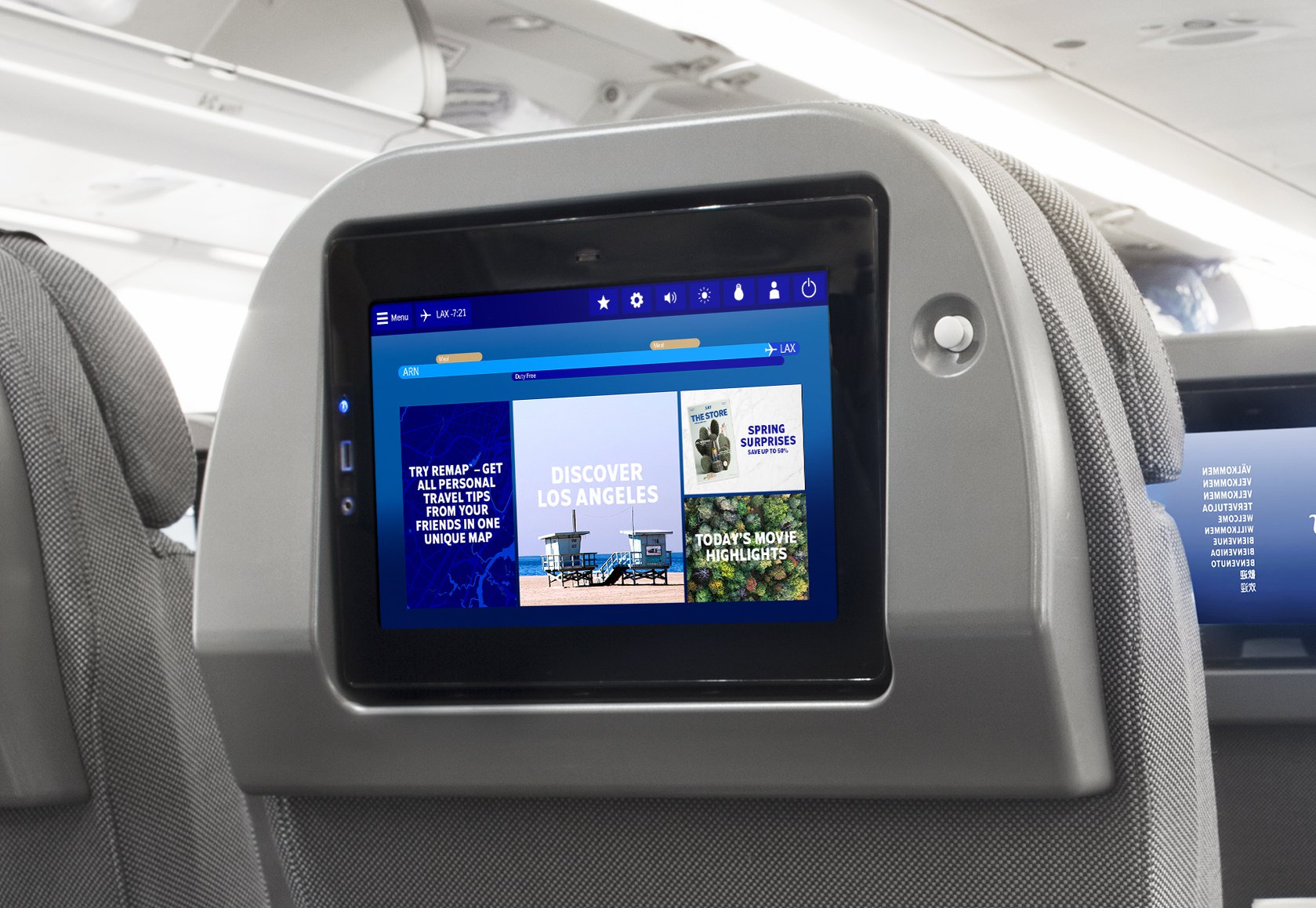 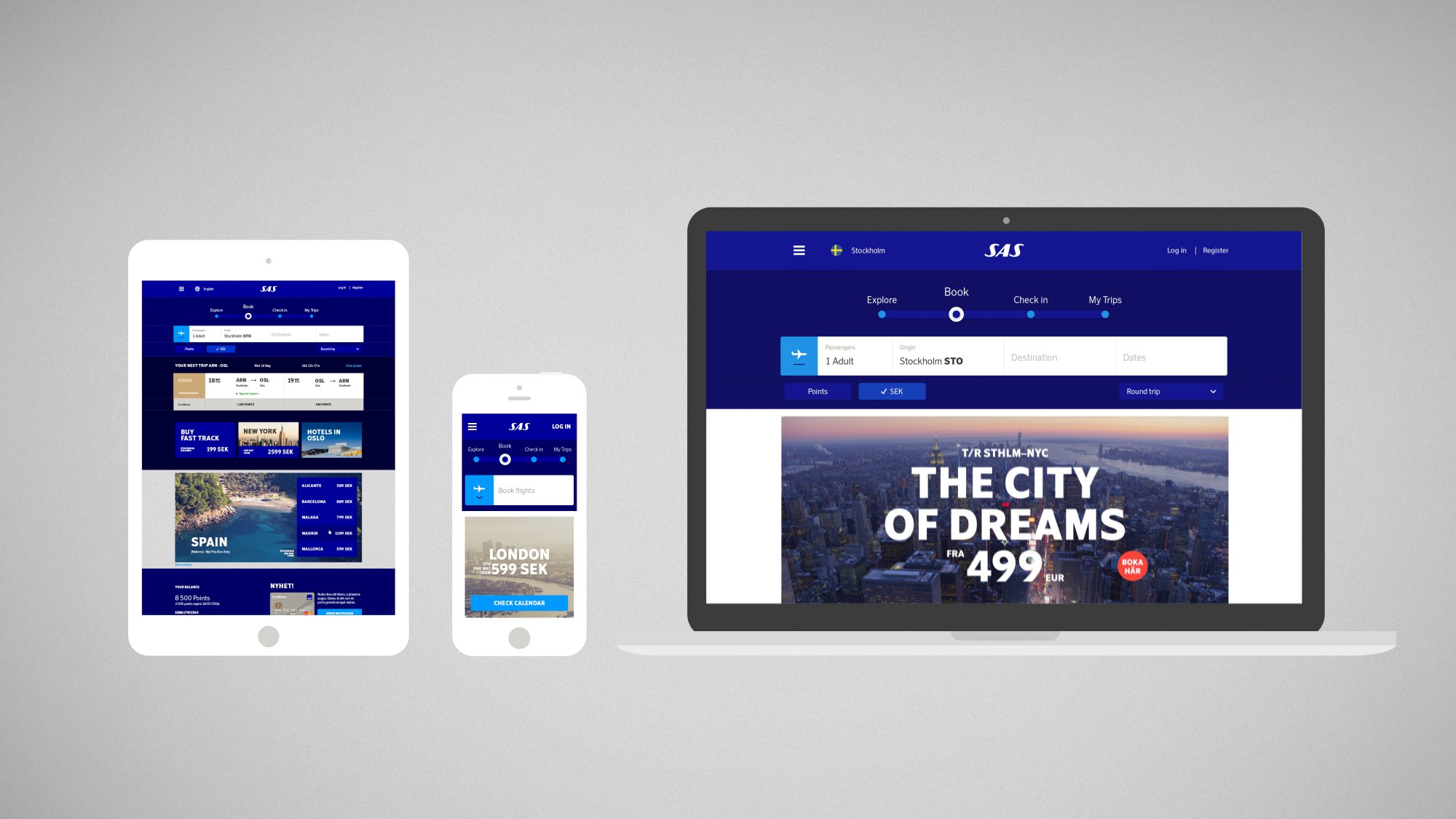 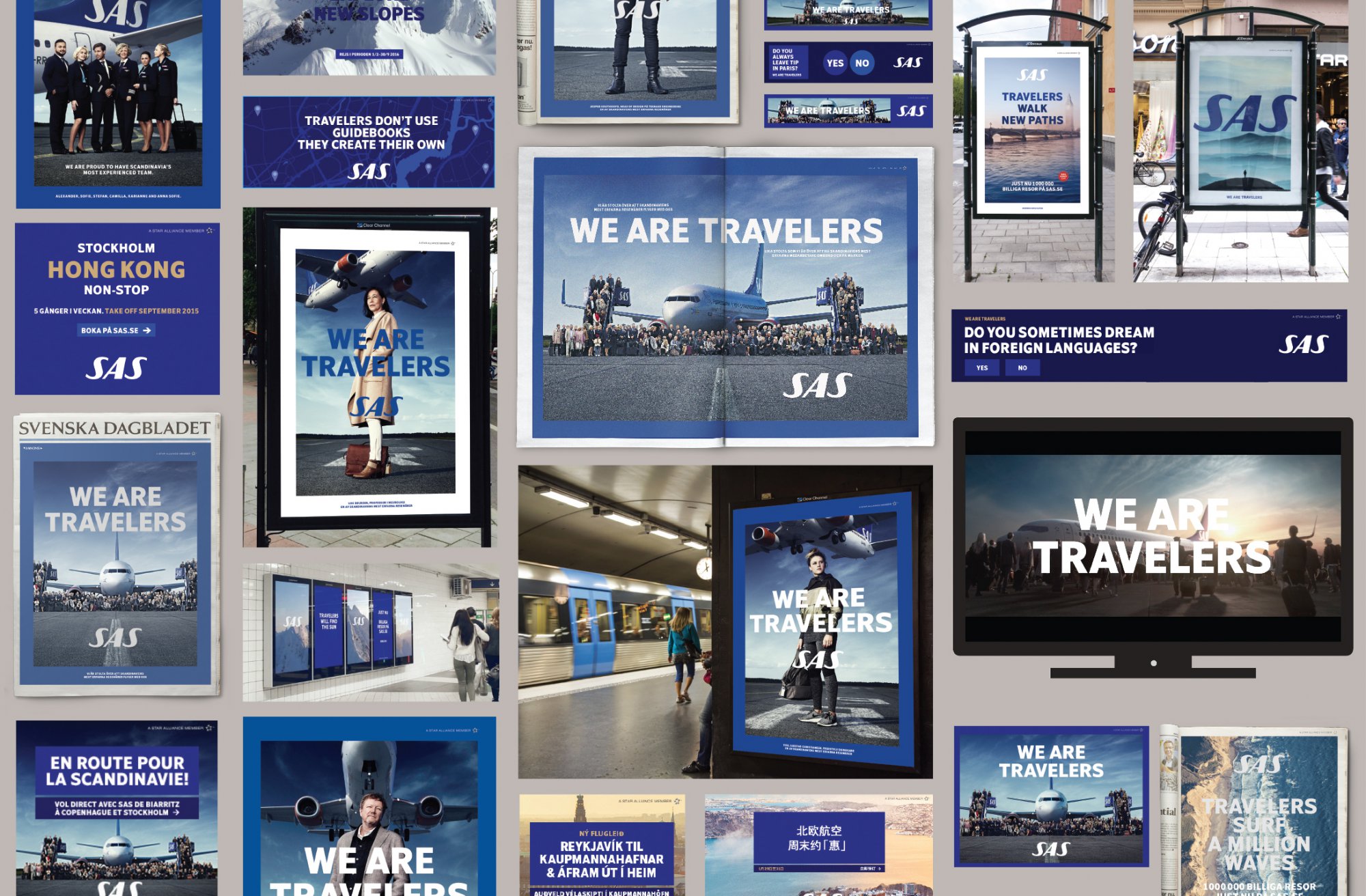