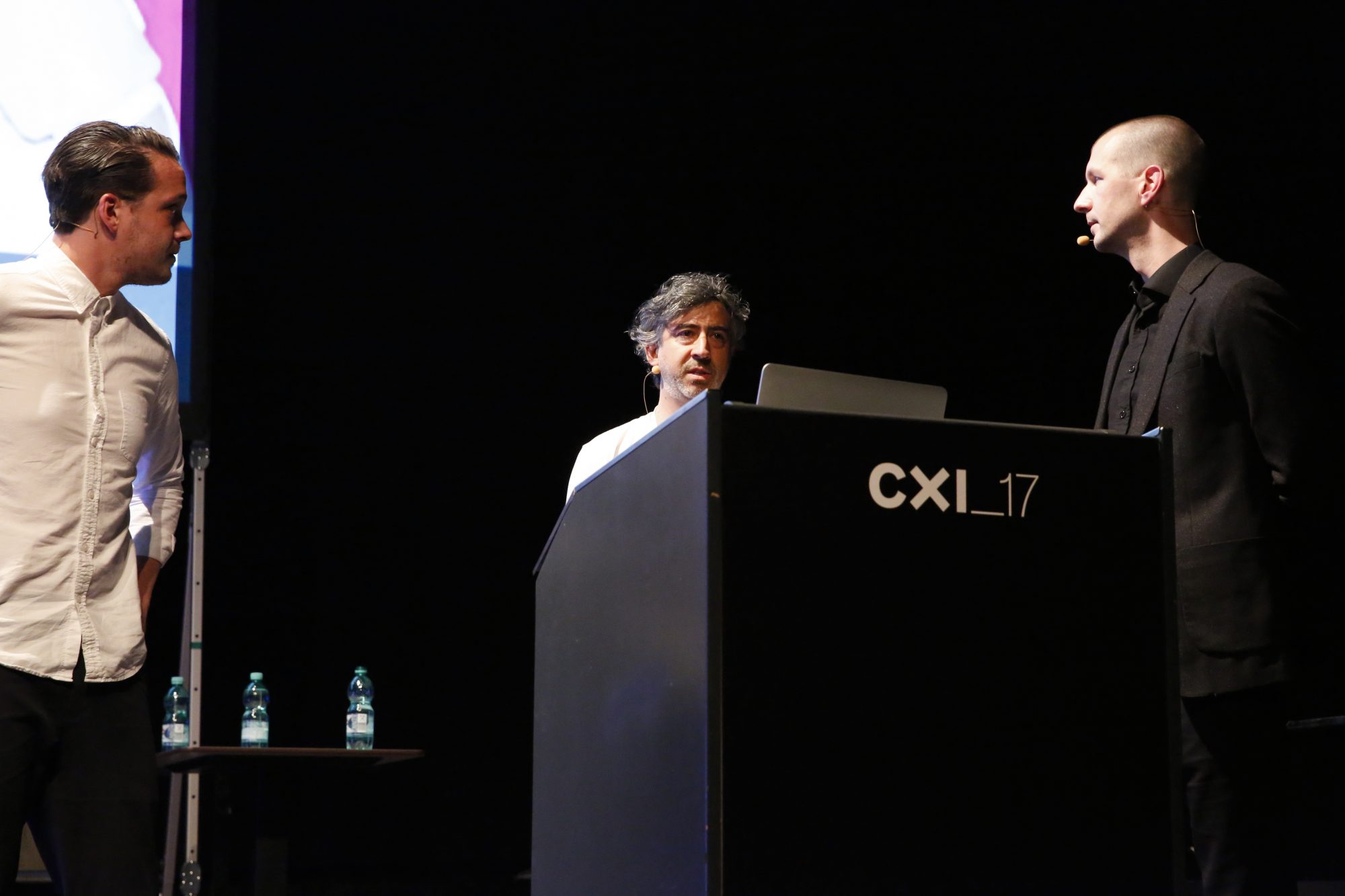 Cooperation was not all that easy in the beginning, as Matt Schoen, Executive Design Director for Vice Media New York and the contracting branding agency Gretel’s founder Greg Hahn and Creative Director Ryan Moore reported. Designing the visuals for the newly launched television channel VICELAND, operated by the US-American Lifestyle and (sub-)cultural magazine VICE was quite a challenge to the already-existing logo: should the graffiti-word mark be transferred to the new third dimension? Should it be treated as a container, to be filled with graphic art, the way MTV did in the nineties? Or should it be animated?

An external design agency was charged with solving these issues. An initial briefing comprised nothing but these “off the cuff“-ideas, taken from an internal E-mail, and caused Gretel-designers to agonize – as they were used to enter creative processes with fully developed brand strategies and positioning-documents.

VICE Magazine has been setting journalistic standards for 20 years, without ever questioning its own identity. And they have lots of routine in creating posters and billboards prior to finishing the first episode of a production. So instead of on who Gretel focused on how: how does this brand function, and how does its many stories? “The content is really strong, sometimes dangerous.“ Some kind of frame was necessary, as the contents were extremely different.

“We were totally stuck and had no single piece of design.” – Gretel-founder Greg Hahn.

Always pressed for time, Gretel came up with a really cool visual: an animated on-air-design, based on the idea of a timeline, offering flexibility to present various content volumes and zooming right into the content itself. Excerpts from productions were collaged to create fast sequences, and sectioned with big headlines, time specifications and vertical lines. But in spite of VICE-management’s initial enthusiasm for this design it was rejected as being “too corporate, too designed”. So the idea was ditched. Only to be recycled later on: one of the executive directors, Shane Smith, contacted Matt Schoen and requested to use the concept for an upcoming documentary.

In New York, Gretel resorted to thumbing lots of back-issues of VICE, trying to find patterns that could help to identify the brand. And instead of the conventional pitch they opted for collaboration. Mood-boards were used to slowly develop a design concept, always in close cooperation with VICE. These mood-boards actually showed the bane of every designer’s existence: cheap shop ads, street signs, amateurish posters, classifieds and search ads on lamp posts, all the way to high fashion banners in Helvetica.

The new design concept for branding was defined as:

The motto was to have as little design as possible. Blunt typo, black on white background, or white typo on film-stills. Forced justification, Helvetica block, dancing letters. A null design that looks as if anybody could do it with MS Word. Generic, free of artifice and veneer, unpretentious. The word mark logo in Helvetica takes a step back, allowing the contents to take center stage. These seemingly simple tools can be scaled for use in all other media and formats, such as print and web campaigns, teasers, on-air-design and interfaces. Gretel prepared a brand guide, appropriately presented to the client as four stapled A4-format brochures, perfect for Xeroxing. Matt Schoen was to take over as head of VICE’s in-house design department. “We created a guideline without being prescriptive“, said Gretel’s Creative Director Ryan Moore. The VICE design team like the idea: “We didn’t feel like we had a system. We can be free in the container.”

VICE produces documentaries, without shying away from dangerous situations and locations. This resulted in the idea of a campaign using white flag-like billboards, set up in international crisis regions, but also in economically underdeveloped areas of the United States. These billboards showed nothing but the VICELAND word mark, without any tagline. The billboards were documented photographically, to be shown on a website together with the explanation: “It’s a TV channel“. A special call-to-action was conceived for the channel’s introduction: a telephone number connected to Vice Media answering machine. Just a few hours of broadcasting generated loads of voicemails, which were then used for short spots advertising VICELAND. One spot featured an outraged female voice saying “It’s the ugliest show I’ve ever seen in my life. Nobody likes that!“ 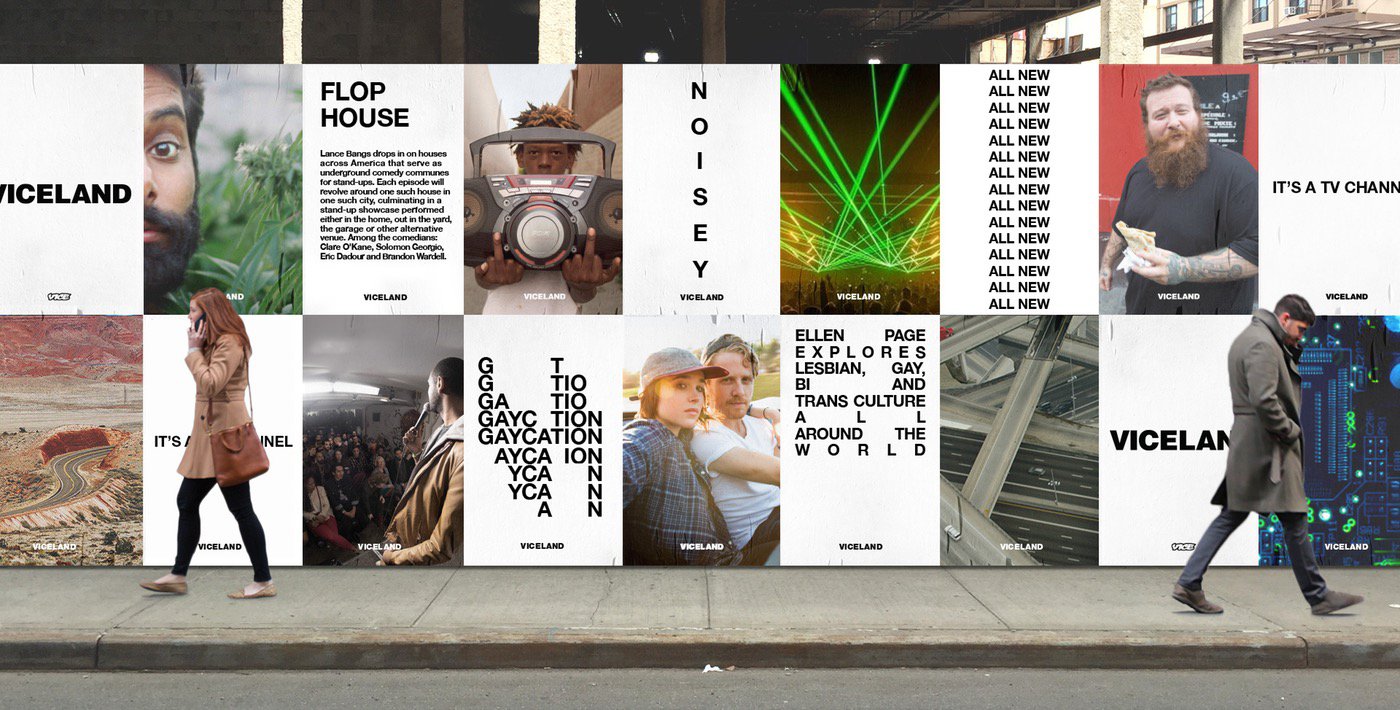 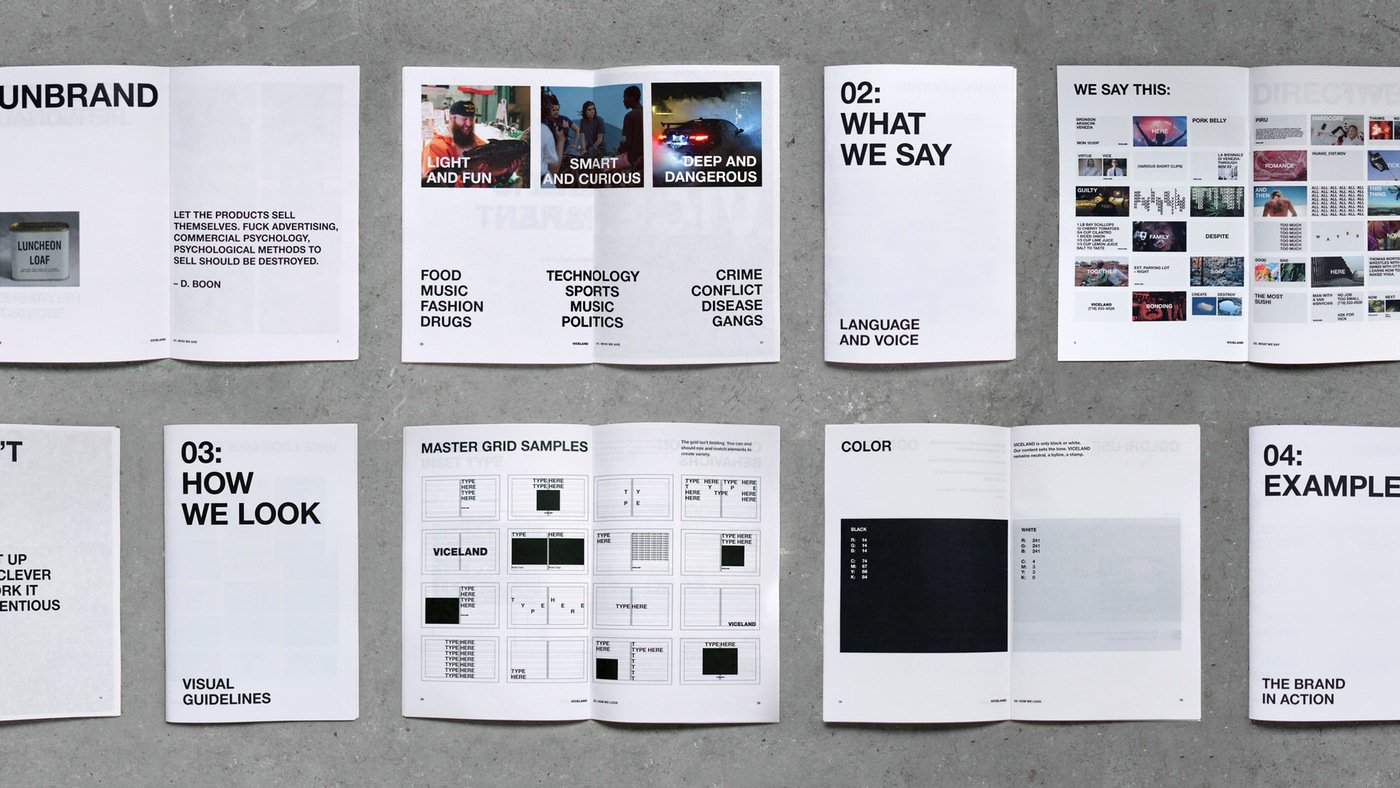